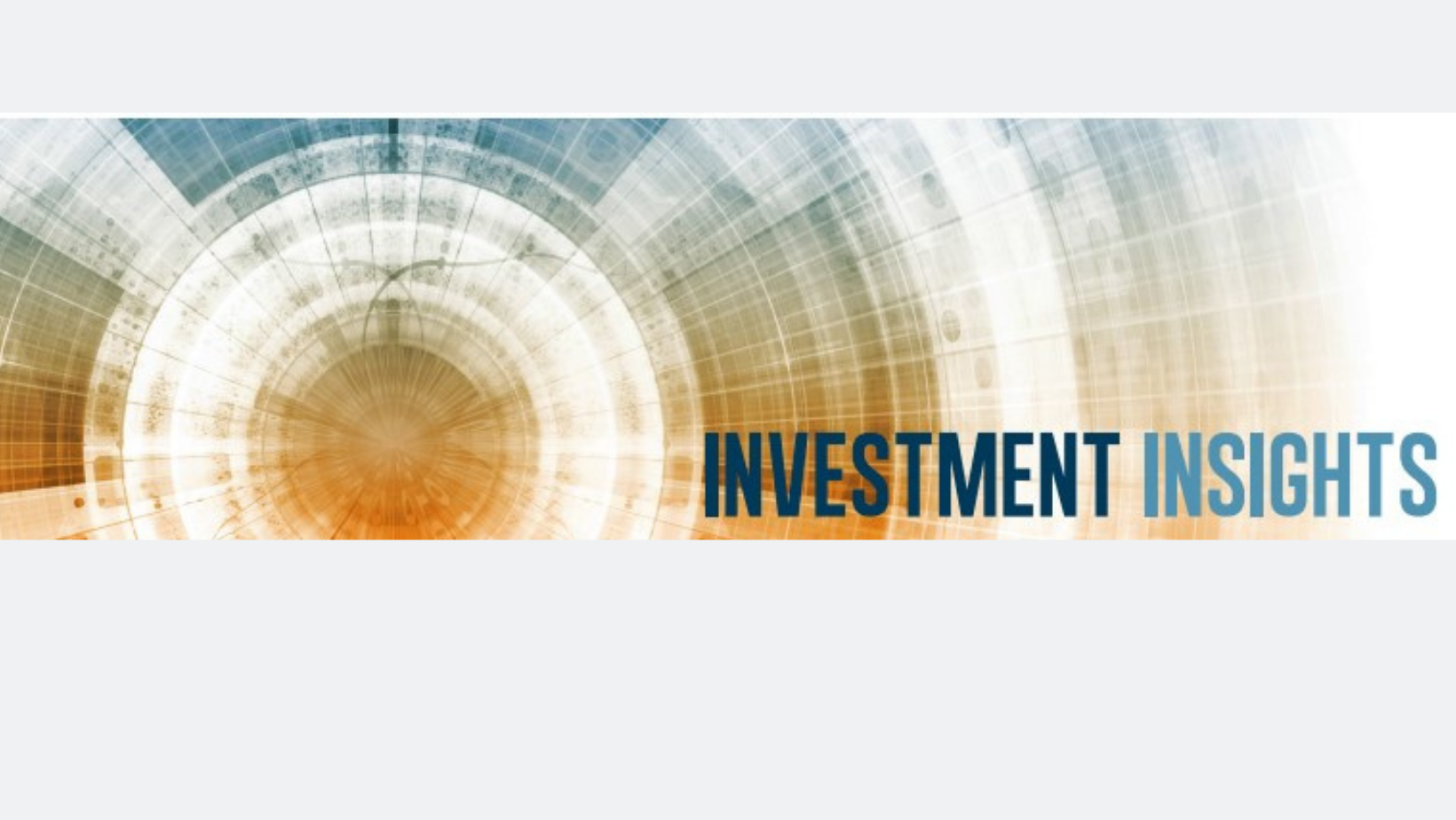 THREE SMART WAYS TO SPEND YOUR TAX RETURN IN 2022

Last year, more than 169 million people filed their taxes and received more than $365 billion in tax refunds.1 The average return was $2,815, up nearly 10% from the year before. A large tax refund can provide a chance for people to improve their financial well-being. This issue of Investment Insights discusses three of the many possible ways to spend a tax refund. 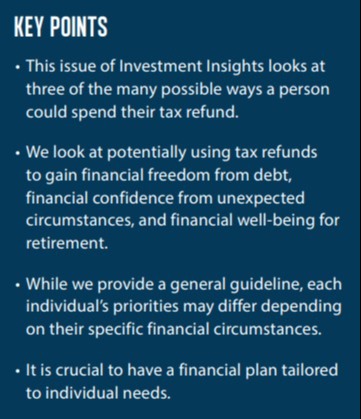 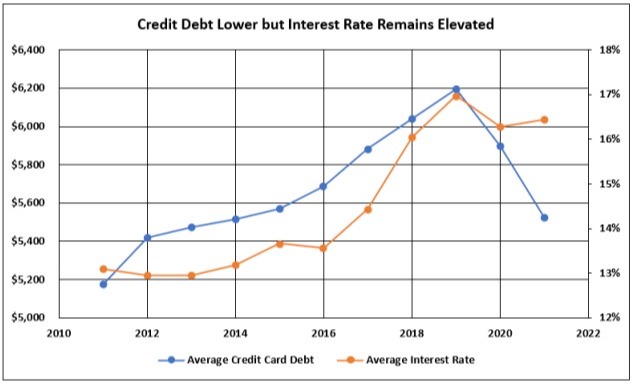 Whether to use the tax return toward paying high-interest debt or creating an emergency fund depends on the individual and their circumstances. Starting an emergency fund should be a top priority for people with no money saved up for a rainy day. An emergency fund is usually cash savings that give individuals financial confidence if something unforeseen happens, such as a job loss, medical emergency, car repairs, etc. In these instances, people without savings may have no option but to go deeper into debt, taking them further away from financial freedom. Most Americans do not have enough saved for an unexpected financial emergency. As shown in the graph below, a survey by Bankrate found that about half (51%) of Americans do not have enough saved to cover expenses for 2 months. Further, 1 in 4 responded that they have no emergency savings. In a study published in 2017, the Pew Charitable Trusts found that 56% of households experienced at least one financial shock per year.5 The Pew defined financial shock as "large unplanned expenses, such as a major home or car repair, or income lost due to unemployment, a pay cut, illness, injury, or death." The study found that the median cost of a financial shock was $2,000. One-quarter of respondents, however, faced an expense of $6,000 or more. To help soften the blow of a financial shock, consider tucking a portion of your tax refund into savings in the event of unexpected needs. If you already have an emergency fund, consider adding to it. A good rule of thumb is to have savings equal to three to six months of living expensed, depending on the stability of your income and expenses. 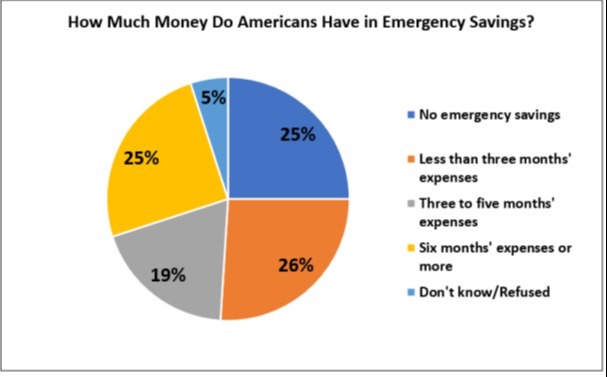 For individuals who already have an emergency fund and little to no high-interest debt, good use of a tax refund may be putting it toward retirement savings. One of many investors' biggest regrets is waiting too long and not beginning to save for retirement earlier. In face, if they could do it over again, nearly two-thirds of recent retirees would have started saving much earlier.6 Thus, these individuals may be amont the 28 of Americans who do not feel very confident about their ability to have enough money to live comfortably throughout their retirement years.7 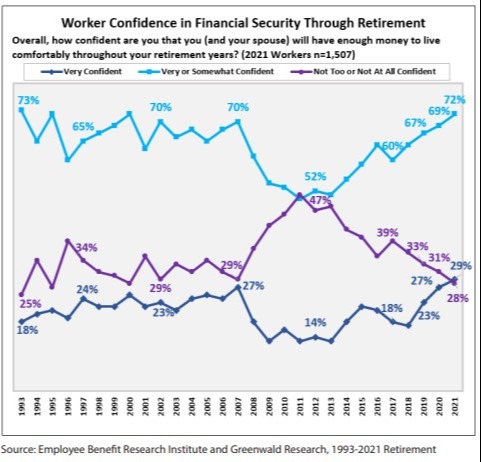 Interestingly, most working Americans start saving for retirement later and lose the time needed for their money to grow. This is because not everyone treats this time as a valuable asset. It is an important reminder that time is an asset that loses value each day that your money is not given the opportunity to work. As the value of time is wasted, the cost of your financial goals increased, sometimes to the point that they become prohibitively expensive and unattainable. Thus, consider adding to your current savings or beginning your retirement savings journey with this year's tax refund.