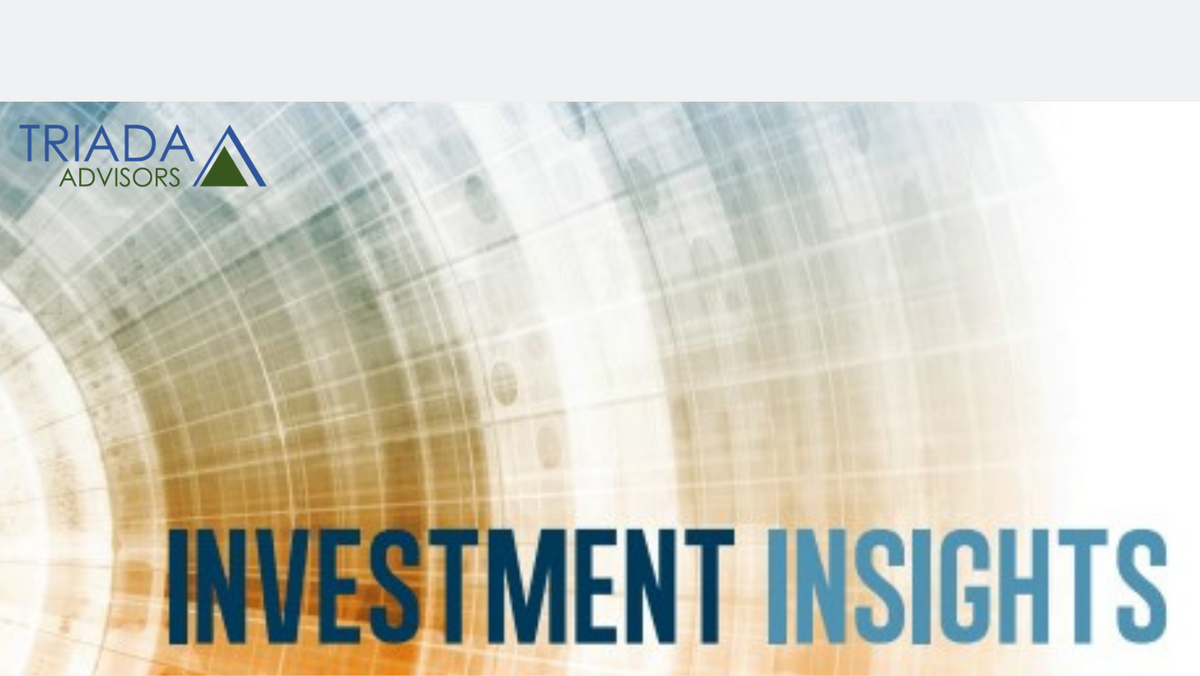 The Federal Reserve (Fed) releases its projections on key economic variables like GDP, unemployment, inflation, and the federal funds rate each quarter. In June, the Fed released its much-anticipated summary of economic projections. The Fed is expected to raise the federal funds rate to 3.4%, well above its March expectations of 1.9% by year-end. As the Fed raised rates to keep the economy from overheating, it expects economic growth to slow and unemployment to rise. It also expects inflation to moderate to 2.7% in 2023. 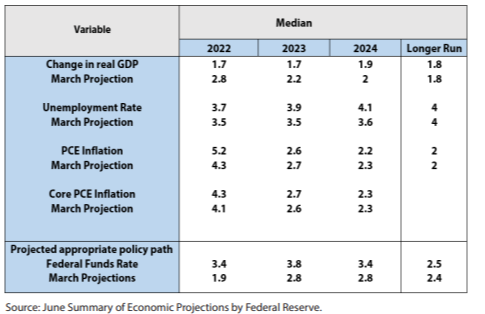 Unlike the norm, it expects core inflation (which excludes food and energy) to be higher than headline inflation (which includes food and energy), suggesting the expectation for food and energy prices to stabilize and decline next year. This forecast shows the so-called "soft-landing," a scenario under which the Fed controls inflation without significantly slowing economic growth. The Fed funds rate between 3-4% over the next few years is much higher than expected during an economic contraction. While the Fed's tools can impact demand-driven inflation, it has very little ability to impact supply-driven inflation. The Fed can encourage more economic demand by lowering interest rates. For example, lower interest rates may influence people to purchase a house. Supply dynamics, however, are not controlled by these rates. Without the ability to impact supply-driven inflation, it is unclear how the Fed can achieve its forecast with direct actions.

Before we analyze the drivers of inflation, we must first revisit the mechanism the Fed uses to control the pace of the economy. The Fed uses the federal funds rate (blue line below) as one of its primary tools for promoting economic growth. This is because it impacts the demand for goods and services. As the economy picks up steam with inflation well above its target, the Fed is on the path toward raising interest rates to slow a potential overheating of the economy. Currently, the Fed funds rate is between 2.25-2.50% and is expected to rise to 3.4% by year-end. Given markets are foward-looking, the short-term rates (red line below) have increased rapidly. Rising rates mean tighter financial conditions as the cost to borrow is higher. For evidence, we can look at the financial condition index (black line below), an aggregation of different metrics in the financial market. Anything above zero is considered restrictive (slowing economic activity) with this indicator. As you can see, as the Fed increases rates, the financial conditions continue to tighten, resulting in lower overall demand and slower economic growth. 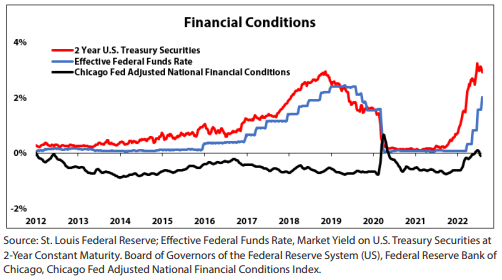 Whether the Fed achieves its projections depends on whether it can directly control inflation or believes its main job is controlling inflation expectations. Statements for the Fed support the idea that its goal is to control inflation directly. For example, the June Federal Reserve Open Market Committee (FOMC) said, "The committee is strongly committed to returning inflation to its 2 percent objective."﻿1 Further, during the June press conference, Fed Chair Jerome Powell said that it is "strongly committed to returning inflation to [our] 2 percent objective."2﻿ ﻿These statements imply that the Fed's goal is to use its tools to moderate inflation directly. At the same time, some other statements from the Fed place a strong emphasis on inflation expectations. For example, when talking about the path of interest rate policy, Powell said, "We're absolutely determined to keep them anchored at 2 percent."3

Impacting inflation vs. inflation expectations are similar concepts that we will discuss later. It is unclear, however, if the Fed can do much about supply-driven inflation. The Fed's tools, like controlling short-term interest rates, predominately impacts demand-driven inflation. To understand this further, we need to look at the current inflation dynamics.

Over the last two years, we have all become familiar with “supply-chain” issues. Evidence matches our experience, and we find that supply chains have been under more pressure than ever since the turn of the century. As you can see in the graph below, researchers from the Federal Reserve Bank of New York have found that supply chain disruptions increased dramatically over the past two years and have yet to fully recover to pre-covid levels. 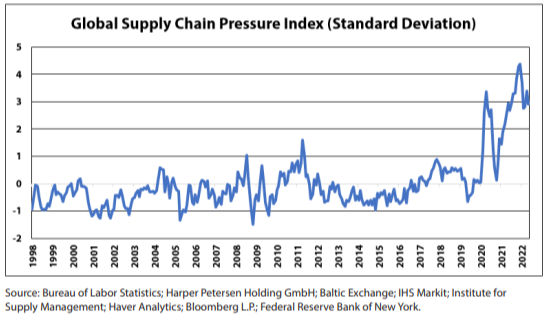 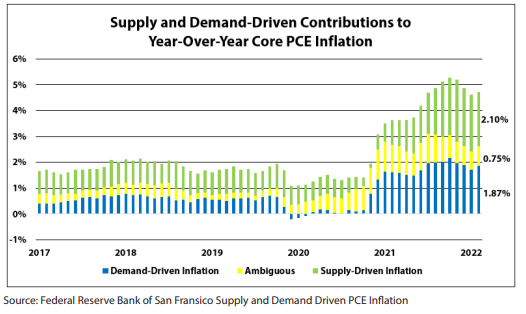 It is not likely that the Fed researchers are unaware of these findings, especially given that its own economists calculated this data. If the Fed cannot use its tools to directly impact supply, how can it achieve its forecast? The Fed may be well aware of its ability to control inflation directly, but it has very little control over supply-chain issues. Instead, the main reason for this forecast may be due to inflation expectations.

Inflation expectations are important because they can drive economic activity based on consumers' long-term expectations for inflation. The following simplified example can help illustrate this further. If consumers expect inflation, they will demand higher salaries. This increases input costs for businesses, resulting in higher inflation. 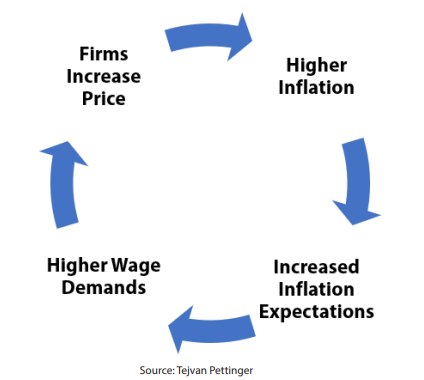